What I've Already Learned from iOS7 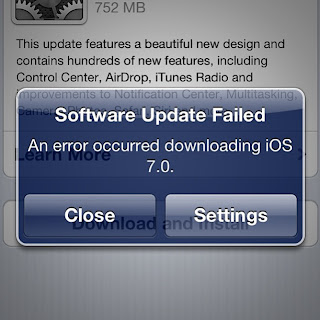 Like many Apple product users, I've watched the iOS7 video demonstrations; I've read countless articles uncovering some myths while reinforcing some much deserving hype. I'm no different than any other consumer out there: I like shiny, I like new, and I like it right away. But today's experience has left me feeling like a kid on Christmas Eve that just discovered Santa Claus didn't exist. Not only do I not get the shiny new present that I was promised, but I'm sort of afraid that I may never get it.

For the past 35 minutes, I've watched the hashtag stream #iOS7, and an overwhelming majority of tweets are of disgruntled users not happy owners wielding the new features of the OS. Maybe it's been lost in the shuffle, but I'm not seeing much response out of Apple, but then again, I'm sitting at an open air restaurant in Charleston, SC and it's easy to become distracted. But I'm convinced someone at Apple could be stemming the social media carnage here, and I just don't know why they're doing nothing about it. I feel like this is their 2 AM phone call and there is no one around to answer.

Conversely, I checked in on FourSquare at the new Whole Foods in Marietta, GA last week, and within 5 minutes of being there, the official Whole Foods responded to my posting.

I'll go back to Whole Foods again even though I've only been an infrequent customer at best because they made me feel special.  However, I've been a champion of the Apple brand for nearly a decade, but today's debacle has me reconsidering my loyalty. 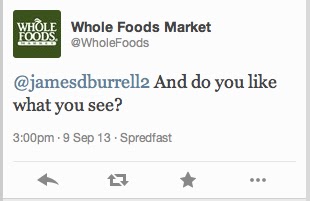 Moral of the story, no matter how grand or minuscule a promise is, live up to it. This goes for business and life in general. If you have dinner plans, arrive on time. If you're going to call someone back, don't wait until tomorrow. And if you're going to give me the first radically innovative phone experience that I've had since I became an iPhone user in 2007, just do it.