So you're given your own island, now what??

This post is part of the Letsblogoff series of blogs that is a blogging community exercise that asks participants to blog on a set subject two times each month. Learn more and read the other posts here. 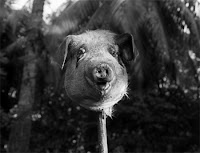 I’m suddenly taken back to seventh grade English and Mrs. Morris’?(I’m only 25 and already forgetting names of prominent figures in my childhood? Damn) class at Dickerson Middle School reading Lord of the Flies. The characters in the book are tragically doomed not because of their inherent evil but because ignorance leads to fear which leads to anarchy. In order to survive and ultimately prosper on a far away island, establishing order is an absolute necessity; however, establishing rules and assigning responsibilities cannot be done from a position of self-appointed power, but it must be achieved from cooperative engagement and building of ‘community’. Easier said than done.

I look at examples from fictional books & movies as well as human history, and it is clear that a system of governance that rewards each member of the community equally indifferent of his/her contributions and value is destined to failure (e.g. communism). The ideals may be noble, but in practicality, it breeds unrest and, ultimately, revolt. 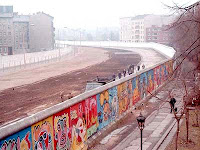 For such reasons, my island’s economy would be based upon utilizing each inhabitant’s given skills and abilities – those necessary for survival at first – in order to establish a barter exchange system, and the government modeled after the US Constitution with the exception of the need for a standing army, as you will see below.  I could expand upon each contingency, but for many reasons, not least of which is that it is already boring me, I will not.
Steps to Success
So, this is where things get real. I’m sure I’m not alone in my pondering over whether to take a serious, silly or somewhat sarcastic (or alliterative?? Ha) tone with this portion. On to the fun part of the exercise – who to bring, what to bring…where to bring? Dangit, “where” doesn’t belong there.  It’s obvious that the where is the island. But can it please be the place Israel “IZ” Kamakawiwo’ole sings of in his version of Over the Rainbow? This song/video will make your day


I'm not sure I can create a list - what's more important, an engineer or dental floss? A pocket knife or a radio? A water purifier or bocce ball? Banana Boat SPF 16 Sport or a snorkel - I do love diving. A nutritional expert or my Garmin (wouldn't want to be stuck behind an iguana migration without knowing an alternative route to the tiki bar and conga line)?


Good thing there's always CDW in case I forget something.


And we'll definitely need the "signs of a good party". And no, I never got into LOST. Just wasn't my thing.
So here's my take on the whole thing....


Phase 1. SHELTER
I’m moving to an faraway, desolate island. Once there, the immediate primary task, thank you Bear Grylls, is to establish shelter, necessary to provide protection from the island’s Creepy Crawlers and Mother Nature’s weather elements. 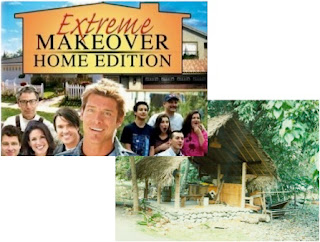 Given the abundance of qualified people out of 6 Billion+ to entrust with the responsibility of constructing shelter, I’m taking Ty Pennington and the staff of Extreme Makeover Home Edition. Functional, sustainable, and entertaining are sure to be the words to describe the "shelters" that will house the island’s inhabitants. Not only that, but the enthusiasm on the island will be palpable, and we will help some deserving families along the way.  I do not look forward to the day when ABC cancels this show. Each story touches my heart and propels me into the week with a wonderful perspective on life.
Side note: I would certainly enter into a contract with ABC (Disney) to sell the television rights to the island in exchange for (1) Kenny Mayne from ESPN to provide color commentary on the island’s daily activities and (2) the construction of a mini-theme park - no tea cups ride allowed.... worst ride, ever, period. 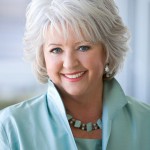 It’s no secret among my friends that I love, really I do, being healthy: eating healthy, regular exercise, and taking vitamins consistently. I’m taking Mrs. Deen because, boy lemme tell ya, I’m Georgia born and Georgia bred, and even if her recipes don't agree with my current ‘diet regime’ (so many rich, delicious ingredients), I could listen to her soft, soothing, Southern drawl and be back home no matter how far from it I may be. 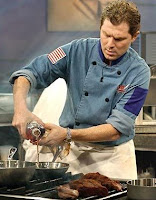 Bobby Flay seems like the logical choice if I had to choose just 1 chef to accompany us to this new settlement. With the astounding number of Iron Chef America victories under his ‘chef’s hat’, there is no way the island will present him a ‘secret ingredient’ that he cannot utilize to create a delectable, nutritious feast. Plus, who doesn't want to 'throw down' with Bobby Flay. 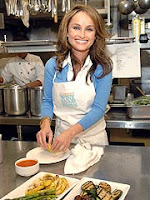 Lastly, Giada gets the nod to join us because who, and I’m seriously asking this question, who can ever be upset when watching her cook? And not just because she is beautiful. Psychologically speaking, there will be many internal struggles to cope with once we are forever alone on this island, and surrounding ourselves with positive oriented people (see Ty Pennington above) will be an immeasurable asset to our success and survival. 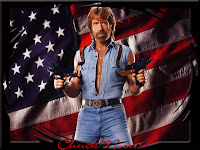 Chuck Norris fills two roles simultaneously. First, his total gym is not only a great way to stay in shape, but because land, thus storage space, will be scarce on the island, the total gym provides the convenience of quick and minimal storage. Secondly, should the island be inhabited by cannibalistic natives, upon seeing Chuck Norris’ beard, fists and round-house kicks, they will immediately pledge their cooperation and peace.


Phase 3. CULTURE
A simple study into the evolution of mankind reveals that until the two primary needs, shelter and sustenance, were met, culture was hindered in its development. It wasn’t until the cultivation of maiz and other agricultural products that communities could begin to develop. Luckily, we have anticipated these needs, and as a result, the island will be able form its own unique culture almost immediately upon colonization.


Celebration of culture, the arts & humanities, will be the underlying force behind the island colony’s success. Void of culture, we revert to animalistic, savage behavior – again see Lord of the Flies.


Unlike the celebrities chosen above for shelter and nutrition, we will not need a star-studded community of musicians, actors and artists for culture to flourish. I love a good movie, can be moved to tears by a beautiful song, and appreciate thought provoking artwork, but I think community and culture are better fostered by fireside sing-a-longs, intimate story telling, and creating art that emerges from our own soul. Each of us has a unique gift, and given the chance, we can do some pretty amazing things.


PEOPLE ARE AWESOME - JUST GIVE 'EM A CHANCE

Phase 4. INNOVATION
Lastly, I want to discuss innovation. A society, big or small, that ignores change and ceases to innovate will be a society that ceases to exist. As generation 1 begins to age, it will be the responsibility of Generation 2 & 3 to continue the progress on the island. To quote John Lennon, "You may say that I'm a dreamer, but I'm not the only one." And given proper application of resources, in a few generations' time, we may develop the longer lasting battery. Thus, in order for that to happen, it is back to Generation 1 to instill the values of virtue, diligence, & love into the island born children.


In closing, this exercise has been fun and rewarding. My mind raced toward an infinite number of possible scenarios, only one of which made it on this blog. Yet each, no matter how different, would be dependent upon the adherence to certain core values and principles in order to succeed.


No man is an island entire of itself; every man
is a piece of the continent, a part of the main;
if a clod be washed away by the sea, Europe
is the less, as well as if a promontory were, as
well as any manner of thy friends or of thine
own were; any man's death diminishes me,
because I am involved in mankind.
And therefore never send to know for whom
the bell tolls; it tolls for thee.

PS Gang, I cheated. I read some of your posts before posting, and my reaction is much the same as all of yours: I would either start swimming after a week or 2 or drift into insanity to as a means to escape the confines of the island. I love new people and places, and I find it a tragedy to see people content with never leaving their home towns, but to each their own. Cheers!!- Jamey
Posted by Jamey @ Eco-Protective Products at 11:12 AM